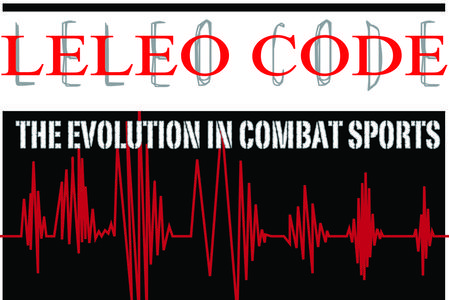 Competition should be executed as its name implies, Light Contact Fighting in a Continuous Manner.  Under no circumstances should light contact continuous fighting simulates full contact kickboxing.

Utilizing well-controlled techniques, ring craftsmanship and combination skills, competitors should attempt to “outscore” rather than “overpower” their opponent.  Competitors will fight continuously until the referee’s command to STOP. All techniques must be well controlled. Techniques should not “strike through” or “push through” the target. Striking with excessive contact, or uncontrolled striking of any kind will lead to disqualification.

Emphasis must be placed on both punching and kicking techniques. Punching or “boxing” only, for an extended period of time without throwing kicks will downgrade the judge’s evaluation of your performance.

Each match is carried out with running time. The referee and judges will evaluate the relative effectiveness of each fighter based on the number, quality and variety of scoring strikes, defense and conditioning.  Rules violations (whether penalized by the referee or not) will downgrade the judges evaluation of the offending fighter.  The three officials will determine the winner of each match by majority decision.

Apparel: Shorts or Pants and Shirt, Rash Guard or Martial Arts Uniform must be worn.

Because fingers and toes can get caught and injured, No pockets or zippers are allowed on the shorts.

HYGIENE RULE: All competitors must be bathed and have clean apparel and equipment. If a referee feels this criteria has not been met, he will Not Allow the competitor to participate.

The following parts of the body may be attacked using the authorized fighting techniques:

Legs – Inside and outside (No kicks straight to the knee )

Feet – only for sweeping

Both hand and foot strikes should be used. In evaluating each fighter’s performance the judges will give more credit to the athlete that is effective with a balanced attack of kicks and punches thrown in combination. Punching or “boxing” only for an extended period of time without throwing kicks may be cause for penalization or may downgrade the judge’s evaluation of a fighter’s performance. The authorized striking area of the hand or foot may only make “Clean/ Controlled” Light contact. The fighter must be looking at the point of contact when executing the technique.  All techniques must be well executed. Weak techniques or techniques that simply touch or brush or push an opponent will not be scored. Excessive contact, mauling, pushing or rough-housing will be grounds for penalization, downgrading in the judges evaluation and/or disqualification.

If a fighter jumps in the air to attack, he must land inside the ring to score, and he must keep his balance (it is not allowed to touch the floor with any part of the body except the feet).

The following hand techniques may be applied:

Knee strikes are allowing only in the adult divisions
Competitors may clinch and throw one (1) knee strike and then must release. Throwing multiple knees and not letting go of the clinch will result in point deductions and/or disqualification

Adult competitors may only clinch to throw one (1) knee strike

It is prohibited to:

Attack the throat, lower abdomen, kidneys, back, joints, groin and, any part of the head or neck.
Attack with the knee, elbow, knife-hand, head-butts, thumb and shoulder or a spinning hand strike.

No Interference by a corner with any official or fighter.
No attacking an opponent in any of these circumstances:
1. Before the fight has started.
2. After the fight has ended.
3. During a rest period between rounds.
4. When an opponent is being attended by a doctor or any other official.
No spitting while on the mat is permitted.
No swearing is allowed by a player either on the mats, or next to them.
Coaches and spectators are held to these professional standards as well.
No inappropriate behavior, such as foul language, and bodily gestures will be tolerated!
No unsportsmanlike conduct will be tolerated!
No stalling is permitted!
No competitor can compete with a communicable skin disease, including ring worm, impetigo, herpes, etc.
Turn one’s the back to the opponent, run away, fall down, intentional clinching, blind techniques, wrestling and ducking below opponent’s waist.
Attack an opponent who is falling to the floor or is already on the floor, that is, as soon as one hand or knees touches the floor.
Leave the ring without any permission.
Continue after the command “stop” or “break” or the end of the round has been sounded.
Oil the face or body.
Hooking, tripping, and hitting with knees or elbows.
Butting with the head, shoulders, forearms and elbows, strangling the opponent, crushing his face with arm or elbow and pushing back the opponent.
Hitting with open gloves, with the inside of the gloves or with a wrist.
Hitting the opponent’s back, particularly on the nape of his neck, head and kidneys.
Lying down, wrestling or not fighting at all.
Attacking an opponent who is on the floor on getting up.
Clinching without any reason.
Hitting while hooking the opponent, or pulling the opponent into the blow.
Hooking or holding opponent’s arm or putting an arm underneath the arm of the opponent.
Suddenly lowering one’s head below opponent’s belt in a way that would be dangerous for the latter.
Using artificial means for a passive defense and falling down intentionally, in order to avoid a blow.
“Spoiling”. Intentionally preventing your opponent from engaging you by moving around the ring or clinching your opponent in order to cut down on round time.
Using insulting and aggressive language during a round.
Refusing to withdraw after the order “BREAK”.
Trying to land a blow on the opponent immediately after a “BREAK” order and before withdrawing.
Assailing or insulting the referee at any time.
Exiting the ring during the fighting competition
1st violation or exit – Verbal caution
2nd violation or exit – Official warning
3rd violation or exit – Disqualification

Violations of the rules and regulations will lead to cautions, warnings, and/or disqualification.  Referees may warn penalize a competitor at their discretion depending upon the severity or repetitive nature of the rules violation.

The Center Referee is the arbiter of the rules.  If he perceives that a violation has occurred he has the discretion to issue one of the following:

A “Caution” may be issued without stopping the action of the fight.

A “Disqualification” awards the match to the offending fighter’s opponent.

The following may lead to immediate disqualification:

The match should be interrupted if an injury occurs.  In the event of injury, time may only be interrupted until the doctor decides on the seriousness of the injury, that is, whether or not the fight can continue or whether it must be stopped. Treatment of the injury can only be done in between rounds or after the match. If the injury needs to be treated, the match must be stopped. In any case, cuts cannot be taped. If the match is stopped due to injury, the officials must decide:

If the injury is due to a violation of the rules, the responsible fighter may be disqualified.

If the injury is due to his own fault, the uninjured fighter is declared the winner.

The referee has the power to:

Stop a fight at any moment if he finds it to be too one-sided.
Stop a fight at any moment if one of the fighters has received an unauthorized blow or is wounded, or if he considers a fighter unable to continue.
Stop a fight at any moment if he finds the fighters behaving in an “unsportsman-like” manner. In such a case, he must disqualify one fighter.
Warn a fighter or stop the bout and give a minus point or warning to a fighter for an offence.
Disqualify a coach or a second who has broken the regulations or the fighter himself if his coach or the second fails to obey to his orders.
Disqualify, with or without a warning, a fighter who has committed an offence.
Interpret the rules as long as they are applicable or compatible with the fight that is taking place, or, at a special moment, decide on a move which does not appear in the rules.
If a fighter breaks the rules but does not necessarily deserve a disqualification, the referee must stop the fight and give a warning to the fighter of a foul. Before the warning, the referee must order the fighter to stop fighting. The warning must be given clearly, so that the fighter understands the reason and cause of the penalty. The referee must hand signal to each judge that a particular warning has been given and clearly show which fighter has been punished. After having given the warning, the referee orders the fighters to fight again. If a fighter has given three official warnings within the same bout, he is disqualified.
A referee may give a caution to a fighter. A caution means a warning given by a referee to a fighter for breaking the rule. In order to do this he doesn’t need to stop the fight, and may reprimand the fighter during the fight.

Positive Judges Criteria (That Will Earn a Fighter Credit towards Victory)

Negative Judges Criteria (That Will Reduce a Fighters Credit towards Victory)

Rules Violations whether cautioned or warned by the referee or not
Cautions and/or Warning by the referee for rules violations
“bulling”, or any effort to overpower an opponent rather than demonstrate superior skill
lack of combination striking
lack of variety in strikes (hands and feet)
poor physical condition