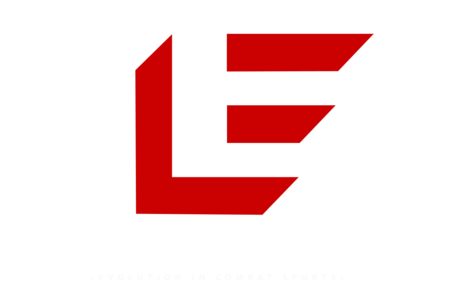 ​SPORT MMA is a mixed martial arts sparring competition. It may best be viewed as a light contact, theoretical version of MMA, the combat sport that has taken over the Combat Sports World. Sport MMA provides competitors with an opportunity to use many of the same techniques associated with MMA, including; strikes, throws, shoots, grappling and submissions applied safely with light or semi-contact.

This will be strictly enforced (no damaging strikes or slams)!


Each match begins with two competitors starting from the stand-up position. Light contact strikes combined with good foot-work may be used to control the action, score, or close the gap for a shoot or takedown. If the match goes to the ground, grappling, submissions and light contact striking to legal targets come into play. The ultimate goal will always be to a Obtain Submission over your opponent. Get the Submission and the match is over.

LeLeo Code approved combined shin and instep protectors.
LeLeo Code approved gloves (minimum 7 oz. padded glove for adults).
Mouth Guard
Groin Protector (males)
Shorts
Shirt / Rash guards.
Knee & elbow pads are not permitted. Neither is strapping of any kind which can cause grip advantage.
No grease of any kind (Vaseline) is allowed to be applied to any part of the fighter.
No shoes are allowed.
HYGIENE RULE: All competitors must be bathed and have clean apparel and equipment. If a referee feels this criteria has not been met, he will Not Allow the competitor to participate.

All hand strikes that occur with the padded part of the glove must be executed in a Controlled fashion.
Punches are allowed to the body and legs while on the ground. (Ages 16 & up)
Fighters can “push off” opponents.
No elbow strikes are allowed at any time to any part of the body or face.
The entire head is a non-contact zone while both fighters are standing. [NO STRIKES TO HEAD]
Strikes to the head are Not Allowed standing or on the ground.
Striking to the kidney area, head or neck is Not permitted.

Note: The Referee & Doctor always reserves the right to stop a match if he/she feels injury is imminent!

All kicking techniques are allowed executed in a Controlled fashion with Light Contact to the front and side of the body above the belt, and light contact roundhouse kicks are allowed to the legs.

NO linear kicks are allowed directed to the legs.
Light Contact knee strikes are Allowed to the body and legs in adult divisions only while standing 18yr & up.
All low kicks must be minimum 6 inches above or below the knee, and all other kicks, above the waist.

No Kicks are Allowed directed to the Knee !
No kicking to opponents is Allowed once the match goes to ground by either of the competitors.

Kids 15 and under can NOT do leg locks no matter the exp level!

Kids 15 and under All Submission above the waist are legal NOT INCLUDING: (Wrist Lock, Cervical lock,Twist, Cranks,& Crushes of any kind.)

Teen (Intermediate/16yrs & up) can do straight leg locks only.​ ​

18yr-up 2x5min Rounds with a one minute break between rounds.

Because fingers and toes can get caught and injured, no pockets or zippers are allowed on the shorts.

No Wrestling/Martial Arts shoes are allowed.

Excessive taping of hands, wrists and feet is not allowed.

No Knee braces are allowed.

Fashion cannot interfere with the match. Due to the potential for injury to the eyes, and otherwise interfering with the normal play of a match, spiked hair, particularly spiked Mohawks, of a length and consistency sufficient to cause irritation to the eyes are prohibited.

Disqualification: A "warning" will be given when a fighter commits a foul or illegal action or does not follow the referee's instruction. Three warnings will result in a Disqualification. Moreover, if a fighter is injured and unable to continue due to a deliberate illegal technique from his or her opponent, the opponent will be Disqualified.

Corner Stoppage:A fighter's coach may announce defeat on the fighter's behalf by throwing in the towel during the match in progress or between rounds.

Submission: A fighter may admit defeat during a match by a tap on the opponent's body or mat/floor, as well as a verbal announcement.

Stand up rule: The Referee may stand fighters up if it is perceived that both are resting on the ground, or not advancing toward a dominant position [35sec].

​No scissor takedowns are permitted, unless a hand is first placed on the mat.

No pulling guard is permitted unless you are moving in a forward motion for a takedown .

No grabbing of the cage to stop a takedown or to help standing up.

No slamming is permitted in takedowns. In determining whether or not a takedown was a slam, Referees will consider whether the intention was to hurt the opponent.

Submissions must be applied without the intention to injure the joint.

No Small Joint Manipulation is permitted.

No pulling a thumb or less than three fingers is permitted.

No Interference by a corner with any official or fighter.

No attacking an opponent in any of these circumstances:

1. Before the fight has started.

2. After the fight has ended.

3. During a rest period between rounds.

4. When an opponent is being attended by a doctor or any other official.

No spitting while on the mat is permitted.

No swearing is allowed by a player either on the mats, or next to them.

Coaches and spectators are held to these professional standards as well.

No inappropriate behavior, such as foul language, and bodily gestures will be tolerated!

No unsportsmanlike conduct will be tolerated!

No stalling is permitted!

No competitor can compete with a communicable skin disease, including ring worm, impetigo, herpes, etc.

Coaches are allowed under the following rules: ​ ​

1. Fighters may have two coaches during a match. If it is a finals fight, Only one coach may be inside the cage per-fighter during the one-minute rest period.

2. Coaches MAY NOT enter the ring without the Referee’s permission.

3. No abusive, violent, unsportsmanlike or overzealous coaching is permitted.

5. Coaches may not interfere with the proper running of the ring or the decisions of the Referees.

​​​​6. Coach is defined as anyone trying to help a fighter in anyway. A coach may be, but is not limited to, a friend, parent, team mate, or official coach.

The Referee may issue a warning to the fighter if a coach is determined to be interfering with a match or disrupting fair play between fighters.

Client Waiver/Parental Consent
Agreeing to terms on his/her behalf. By agreeing to these terms, I hereby waive all claims against any and all persons involved with LeLeo Code Here for any injuries which may occur before and during my participation in the competition. I also assume full responsibility for my actions during and in connection with said activities. I will abide by all rules and safe practices of martial arts competition. Any misconduct from competitors or spectators can result in disqualification or ejection from the tournament. I agree that my performance and/or attendance at these activities may be filmed and/or recorded with or without my consent, and that LeLeo Code Here and its associates may use my name, likeness, voices, poses, pictures and biographical data concerning me, fully or in part in any language with or without other material, anywhere by means known or devised, and I waive my compensation thereof. Tournament entry or spectator fees are non-refundable. I hereby assume all risk of physical and mental injuries, disabilities and losses or death. This may result from or in connection with my participation in the competition. Acting for myself, heirs, personal representatives, agents, servants, employees, volunteers and all other related members I release, indemnify and hold harmless LeLeo Code from all claims, actions, suits and controversies at law or in equity by reason for any matter, cause or thing what so ever that I may sustain as a result of participation in the competition. I also understand that the participation in this competition, especially but not limited to fighting and grappling matches, entails a great risk of injury, and I assume full responsibilities for my actions, intentional or otherwise, during and in connection with participation in the competition.